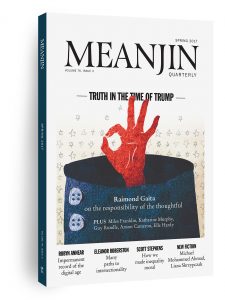 This short story was inspired by:

the infamous escape attempt of George ‘Billy’ Hunt, travelling actor and self-proclaimed ‘mad man’, who tried to jump across Eaglehawk Neck to freedom in the the carcass of a kangaroo.

…The crack of the whip cut the frosty dawn, sending feverish shivers along the lines of sleeping men. Exhaustion kept them at a doze, although the sound pierced their flesh and settled in their bones. They had all endured the whip—but none had seen it ring so many times and with such ferocity as they did now…